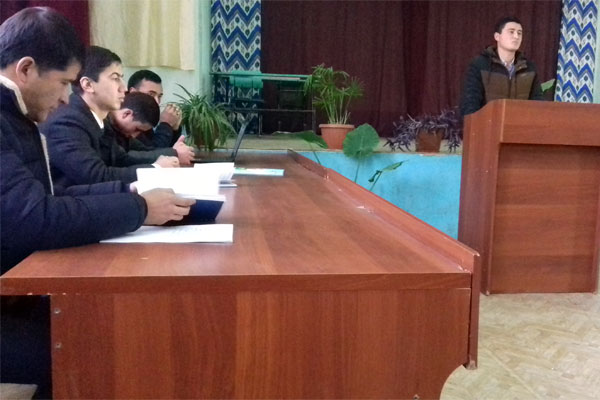 Most of intelligent students of the faculty of National ideology, principles of spirituality and the education of rights of our University  conducted propaganda.  They visited the secondary school number 18, which is situated in  Andijan region, to develop pupil’s law  literacy. The students Isroilov Davronbek, Sharifjonov  Mirfozil , Khomidov  Mansurbek, Turg’unov Javokhir, and Rayimjonov Botirjon explained the concept of right, its  maintenance and the importance for humans and society. Additionally, they also expounded establishment of history of Constitution of the Republic of Uzbekistan, its  structure, influences of clauses  which  are providing citizen’s rights and freedom. Furthermore, they  gave some further details about how they affect  our present life.

During the  action, a competition, called “Huquq bilimdonlari”,  was held among the learners. 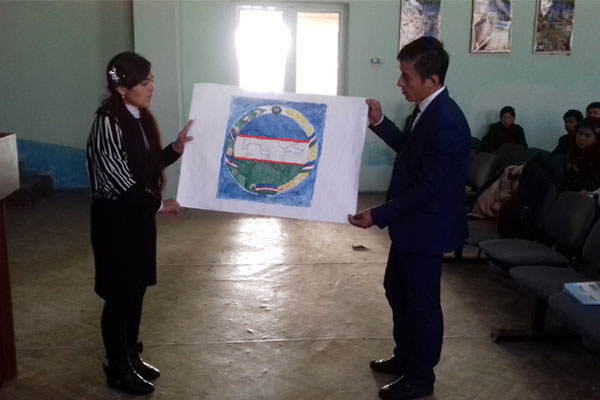 Some groups took part in it, including from 8th class “Adolat”, from 9th class “Yosh huquqshunoslar” and from 10th class “Yustitsiya”.  They contended with one another for victory by doing some tasks which consisted of introduction, asking and answering questions, presentation of wallpapers, and did roleplays on the stage.  The guests who came from university evaluated which group was better than others. According to their accounts, the group, called “Yosh huquqshunoslar “won the contest.

At the end of the action, pupils were given some answers thoroughly, which they are interested in.

During this  meeting with pupils  gave youth a chance  to strengthen their theoretical knowledge,  whereas  it helped to enrich the knowledge on jurisprudence of pupils. 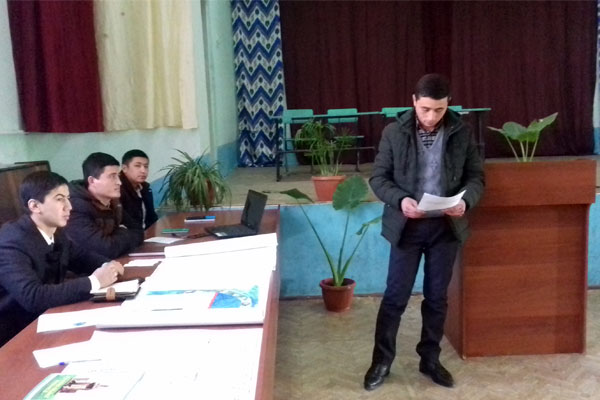