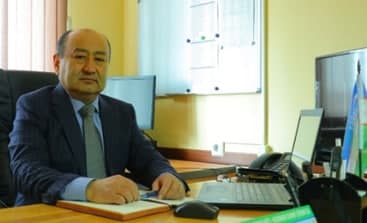 Dean of the Faculty of Biography: 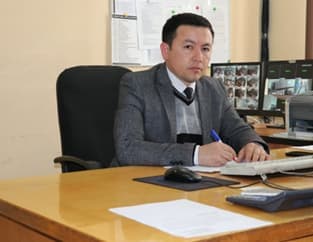 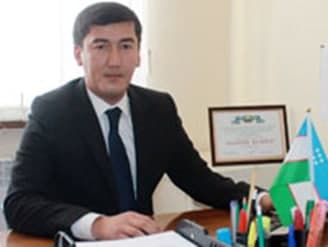 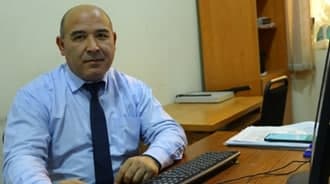 On April 28, 1992, by order of the rector of Andijan State University, the Faculty of History was established as a separate faculty.

The departments of History of Uzbekistan, World History and Theory of Civil Society operate at the faculty.

The official telegram channel of the faculty for the latest information about the faculty, lesson schedules, news Subscribe to https://t.me/tarix_matbuoti.

5A 120301 - History of Uzbekistan Masters in More than 719 bachelors, 252 part-time students and 18 masters study in these directions. There are full-time and part-time forms of education. Also, on the basis of a joint program with Tomsk State University (Russia) opened the Department of Archives and Documentation. There are 6 doctors of sciences and 16 candidates of sciences at the faculty. Classes are conducted in Uzbek, Russian and English.

The faculty has postgraduate education activities, which include the following specialties:

Specialized board activities.In 1993-1995, 1995-1998, 2005-2006 at the Andijan State University there was a Specialized Council, which awarded the degree of Candidate of Historical Sciences, specialty 07.00.01 - "History of Uzbekistan". During these years, about 20 dissertations on the history of Uzbekistan have been successfully defended. On January 31, 2019, the Academic Council for the award of degrees (PhD) Tar.60.01 at Andijan State University resumed its work and is chaired by Professor R.T. Shamsutdinov.

Museum of Repression Victims. On the initiative of the President of the Republic of Uzbekistan Sh.M.Mirziyoyev on the establishment of museums "Memory of Victims of Repression" in the structure of higher education institutions On August 15, 2018 in the structure of Andijan State University opened a museum "Memory of Victims of Repression" and is operating effectively. The director of the museum is Doctor of Historical Sciences, Professor R.T. Shamsutdinov.

Students studying at the Faculty of History consolidate their theoretical knowledge in qualifying practice. Students will take part in archeological, ethnographic, museological, archival, and qualifying internships in the history of Uzbekistan, as indicated in the curriculum. Participates in excursions to the historical cities of Uzbekistan - Kokand, Namangan, Tashkent, Samarkand, Shakhrisabz, Bukhara, Khiva. In accordance with the established procedure, they conduct internships in museums and state archives located in our region.

The faculty cooperates with the Department of Public Education of Andijan region. There is an exchange of theoretical, practical and methodological experience with teachers of schools, colleges and lyceums. In the educational process, along with theoretical education, great attention is paid to practice. In order to form and develop students' skills, it is planned to hold practical classes one day a week directly in schools.

At present, the departments of the Faculty of History have "Young Historian", "Archivist", "Numismatic", "Young Politician" science circles, which are headed by qualified professors and teachers. The clubs bring together more than 150 gifted students, and the members of the club are engaged in scientific and creative activities in relevant areas. The results of the research work of the members of the circle are published in the university's socio-historical, scientific and popular journals "Scientific Bulletin", "Vodiynoma" (Historical Heritage), the newspaper "Andijan Yoshlari" and various collections. Among the members of the circle are well-known scholarship holders and winners of various competitions.

Spiritual and educational work at the faculty is carried out on the basis of 5 important initiatives put forward by President Sh.M.Mirziyoyev to ensure the implementation of the Action Strategy for the five priority areas of development of the Republic of Uzbekistan in 2017-2021 is coming.

In order to effectively spend their free time, competitions "The most active reader", "The most active reading groups", "Intelligence", "Student theater studio" are held regularly. A number of events are held to develop and popularize sports, music and art education among students. In order to form universal values ​​in students with the participation of teachers and students of the faculty established a system of material and moral support for the "Retirement Home", "Mercy Homes" in the region.

Professor of the Department of History of Uzbekistan, Doctor of Historical Sciences Shamsutdinov Rustambek Temirovich - Holder of the Order of Labor Glory;

Mirzakhalilova Aydin, a second-year student of the Faculty of History, winner of the “Shuhrat Medali”;

Mirzaev Avazbek, a senior lecturer at the Department of World History - the winner of the republican stage of the contest "Master of his profession";

Khodzhiyev Shakhboz, a student of the Faculty of History - the winner of the scholarship named after the First President of the Republic of Uzbekistan I.A. Karimov;

Tursunova Sanobarkhon, a third-year student of the Faculty of History - the winner of the Republican competition in 2017 "The best project of an entrepreneur", a grant winner;

Karimov Behzod, a fourth-year student of the Faculty of History, won the "Best Blogger" category in the "Young Blogger" contest at the Republican contest under the motto "Dear Uzbekistan, live forever";

Zokirova Shahnozahon, a first-year student majoring in the organization and management of cultural and art institutions of the Faculty of History - the winner of the republican contest dedicated to the memory of Mukarrama Turgunbaeva. Winner of the "My Business Idea" competition.

DEPARTMENT OF HISTORY OF UZBEKISTAN 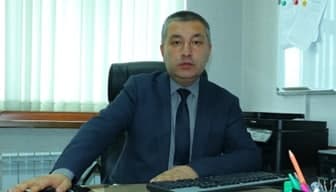 In 1993-1998 and 2005, the Department of History of Uzbekistan had a specialized council for the defense of dissertations on the history of the Motherland, and about 20 candidate dissertations were defended at this council.

In 2016, on the initiative of Professor of the Department, Doctor of Historical Sciences R.T. Shamsutdinov, the socio-historical scientific and popular journal "Vodiynoma" was published. 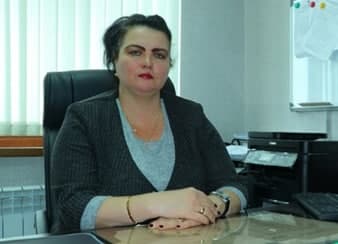 Based on the specialization of the department, it has signed cooperation agreements with 1 professional college in the region, "Bobur International Fund", Andijan State Archive and 2 academic lyceums.

Today, the department has organized scientific circles "Young Historian", "Archivist", "Numismatics", "Archeology" and are headed by qualified professors and teachers. The clubs bring together talented students, and the members of the club are engaged in scientific and creative activities in relevant areas. The results of the research work of the members of the circle are published in the university newspaper "Andijan Yoshlari", in the journal "AUL Scientific Bulletin" and in various collections. Every year, the members of the circle become famous scholars and winners of various competitions. 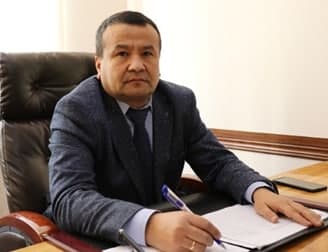 This department was established by the order of the rector of Andijan State University dated January 2, 1996 No 02-1 as the department "Theory and practice of building a democratic society in Uzbekistan."

The staff of the department focuses on the democratic changes and innovations in the Republic of Uzbekistan during the independence period, explains the content and nature of political, economic and cultural reforms in New Uzbekistan in lectures and practical classes.

Today, the department conducts research activities, leading young researchers in the system of teachers and students. theory and practice ”(2014),“ Sociology ”(2017) textbooks and manuals. These textbooks are recommended for students and researchers of all higher education institutions of the country.

The research direction of the department is called "Socio-political and spiritual-ideological problems of building a democratic society in Uzbekistan." A lot of scientific research is being done in this direction. In particular, under the scientific guidance of Professor Mukimjon Kyrgyzbaev, Doctor of Political Sciences, Zohidjon Hayitmatov conducts research on "Processes of overcoming the threat of religious extremism and terrorism in Uzbekistan."

Professor of the department K. Yunusov has a great scientific potential. As a grant holder on "Theoretical foundations of the role of non-governmental and public associations in building a democratic state and civil society (based on the works of the first President of the Republic of Uzbekistan IAKarimov)" in collaboration with members of the department conducts research on fundamental research projects. Under his leadership and organization in 2007 began a scientific seminar on "Theoretical and methodological basis of research of the national idea." Based on the materials of the seminar, 4 scientific collections were published and used in the educational process.

K.Yunusov publishes many textbooks, scientific collections, research works. On November 26, 2010 an international scientific-practical conference on "The role of non-governmental and public associations in building a civil society and raising a harmoniously developed generation" was held. Through the efforts of O. Ahmadjanov and professors and teachers of the department on April 5, 2016 was held a Republican scientific-practical conference on "The process of modernization of social life in Uzbekistan." Professors and teachers of the department published 2 textbooks, more than 10 textbooks, about 20 monographs and scientific pamphlets, more than 300 articles and theses.

Members of the department carry out a wide range of educational and methodological work aimed at improving the educational process. At the same time, the President of the Republic of Uzbekistan Sh.M.Mirziyoev on the methodological basis of socio-political changes and reforms in the country, on the basis of national ideological principles, as well as to provide students with a high level of patriotism, involvement in today's changes and civic position special attention is being paid. The "Young Sociologist" circle at the department is headed by sociologist Marguba Nosirova. At present, more than 100 talented students conduct research on various topical issues. 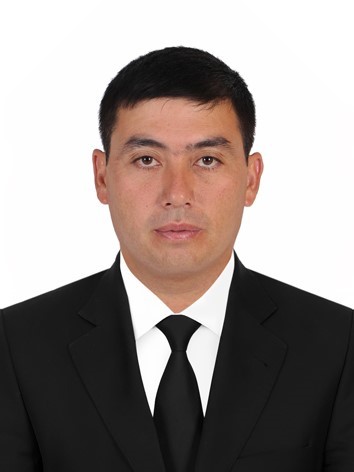 About. He was born in 1978 in Andizhan region of the Republic of Uzbekistan. He has been working a lecturer at the department “Theory of civil society” of Andizhan State University named after Babur. He teaches subjects “Civil society”, “History of Uzbekistan”, “The history of development morality” and “Scientific methodology of morality” and etc.

Achievements.  He achieved diplomas of Candidate of Historical Sciences (PhD) in History in 2009, Assistant-Professor on the specialty of History of Uzbekistan in 2011 and Doctor of Sciences in History in 2018, he became Professor in 2021. Oybek Komilov became member of the scientific council PhD.31.01.2019.Tar.60.01 on award scientific degrees under the Andizhan State University. He has published his articles in USA, Germany, Russia and India as well. In recent time, he is also member Coordination and methodological center of the Uzbekistan’s contemporary history at the Academy of Sciences of the Republic of Uzbekistan.

Objective. He is participating in different kind of scientific events and discussions in the sphere of education. His goals are upbringing young generation and providing modern knowledge to the students and masters in high education system.  His main aim is to develop of enlightenment of  the Republic of Uzbekistan.