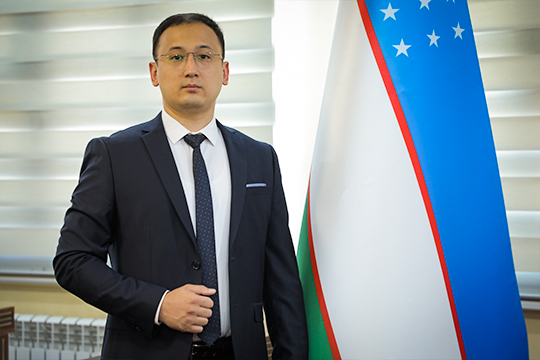 Article 2. Main responsibilities and functions of the Press Secretary

Taking part in the formation and implementation of information policy, established by the Ministry of Higher Education, Science and Innovations of the Republic of Uzbekistan and the University administration, in accordance with modern requirements;

Providing effective and practical cooperation with the information services of the Ministry of Higher Education, Science and Innovations of the Republic of Uzbekistan, other state and economic management bodies on the implementation of a single state policy in the field of information;

Informing the public impartially and timely about the university's activities, its regulatory and legal acts with high-quality information;

Deploying and timely updating information on the official web site of the university, the development of web resources for the Internet, including social and mobile networks;

Monitoring and analyzing information space, preparing proposals together with experts on types, methods and level of response to it, organizing complex work on media dissemination, including the Internet;

Preparing news, information materials, reviews and informational-analytical materials for distribution in national and foreign mass media, together with other university divisions;

Analyzing public opinion and the position of national and foreign mass media on the activities of the university administration and informing the university Rector about them;

Forming and running data base of text, photo, audio and video material related to university activity.

5. The Press Secretary performs the following functions in order to carry out the tasks assigned:

Announcing (publishing) information in the media, including the Internet, as well as placing and updating it in official websites, all accessible rooms and locations;

Providing information, both oral and written (including electronic documents), on the request of media and journalists;

Together with other divisions collecting and working out thoroughly the information needed to effectively fulfill the tasks;

Ensuring the organization and running in modern ways the university website;

Participating in the production and installation of TV programs, reels and tablets, and ensures their archiving for storage in established order;

Preparing photographs, audio, and video materials about university activities and interacting with government and non-government media in their preparation;

Providing the creation and maintenance of a database of photographic, audio and video materials related to the university activities.

6. The Press Secretary examines applications and requests for assistance in the preparation of materials of the national news agencies and mass media in the scope of his competence.

Article 3. Rights and duties of the Press Secretary

7. The Press Secretary has the following rights in performing his duties and functions assigned on him:

Requesting information required to fulfill the duties and functions of the Press Secretary from other departments of the University and related organizations;

Involving employees of other university departments as well as specialists and qualified experts of other organizations, including on a contract basis by agreement with the Rector;

Coordinating with the information services of other Higher educational establishments in the established orders;

Representing on behalf of the University in state bodies republican events in the framework of powers of the Press Secretary;

Publishing printed publications within his competence;

Introduction of proposals on improvement of university information policy, drafts of normative documents on activity issues for administration consideration.

for quality and timely fulfillment of his tasks;

for providing unbiased, high quality and prompt coverage of university activities in national.

The Press Secretary is appointed and dismissed by the rector of Andijan State University.

9. The activity of the Press Secretary is based on the work plan approved by the Rector of the university.

10. The Press Secretary is directly subordinated to the Rector of the university.

MINISTRY OF HIGHER EDUCATION, SCIENCE AND INNOVATIONS OF THE REPUBLIC OF UZBEKISTAN
ANDIJAN STATE UNIVERSITY
Using any kind of information from the site is allowed on condition that putting reference of our site. It is necessary to put free and open references while copying internet information. References must be put no matter our information is partially or completely used. Authors are responsible for the information published in the site.
WE ARE IN SOCIAL NETWORKS