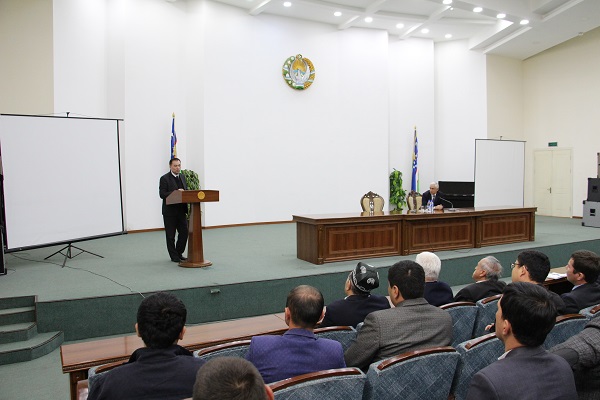 It is well-known that  draft document related to the perfection of the process of the higher attestation was placed in the portal of the Legislative Chamber of the Republic of Uzbekistan. Public and mass media are widely discussed on this draft. The draft resolution contains a number of problems regarding the procedures for carrying out scientific works and the results of the research. Unawareness of open sources for scientific community creates problems with recognition by the HAC. 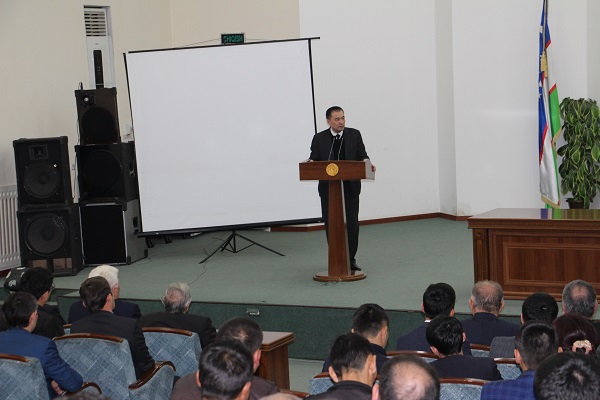 For the purpose of answering these questions, studying the problems and suggestions on the results of the scientific works, the Chairman of the Higher Attestation Commission under the Cabinet of Ministers of the Republic of Uzbekistan, Ahmadbek Tadjievich Yusupov, visited the Andijan State University and he conducted a frank discussion with the scientific researchers.

Rector of Andijan State University A.S.Yuldashev noted that today the openness of public institutions, the process of their dialogue with the population has been more than ever, called for active participation in dialogue taking advantage of the participants' opportunity to present their problems, questions and suggestions on the sector. 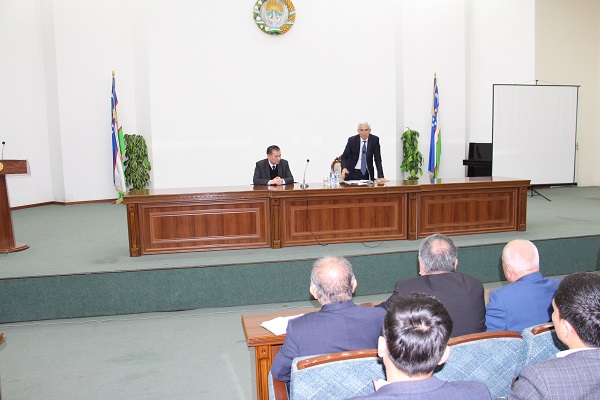 Mr.Yusupov initially introduced the participants to the portal of the Legislative Chamber of the Oliy Majlis of the Republic of Uzbekistan with a draft document related to the improvement of the higher attestation process. In accordance with this, it was noted that awarding top 30 academic council ratings to academic councils recommended by the Academy of Sciences, academic titles of senior lecturers and senior researchers, awarding professorial degrees, dissertate  the dissertation into the certification process, including the textbook "Ziyonet" in the educational portal and introduce the dissemination of the electronic examination of the scientific community along with current expertise, and introducing a foreign language exams only upon admission to postgraduate education institutions publish the results of the dissertation research by introducing requirements for optional exams and qualifying exams, publishing articles in international journals with impact factors, and the presence of the Hirsh index in the applicants gradual increase of the requirements for employment, first of all, for graduate student's dissertation for the degree of Doctor of Science (DSc), the creation of a comprehensive monitoring system for the effectiveness of scientific and academic degrees are envisaged. 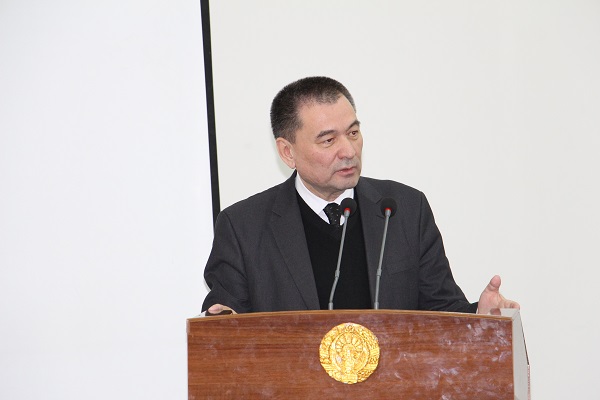 After that, researchers made their suggestions on the expected news and problems in the field.

Particularly interesting questions were asked from M.Umarhodjaev, B.Rahmonov from Andijan State University, G.Hojimatov from Andijan Medical Institute and others. 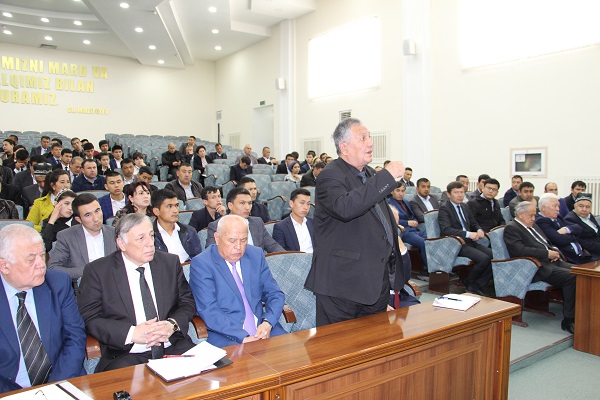 At the end of the meeting, Yusupov Ahmadbek Tadjiyevich expressed his gratitude to the staff of Andijan Scientific Society. 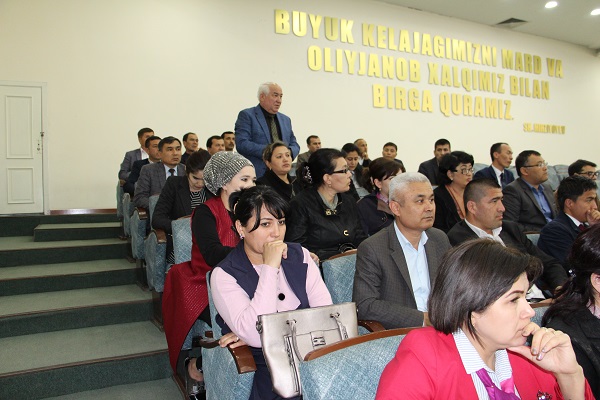 On behalf of the Andijan Regional Public  Administration, the administration of Andijan State University expressed gratitude to Yusupov Ahmadbek Tadjiyevich for a rich and meaningful meeting.