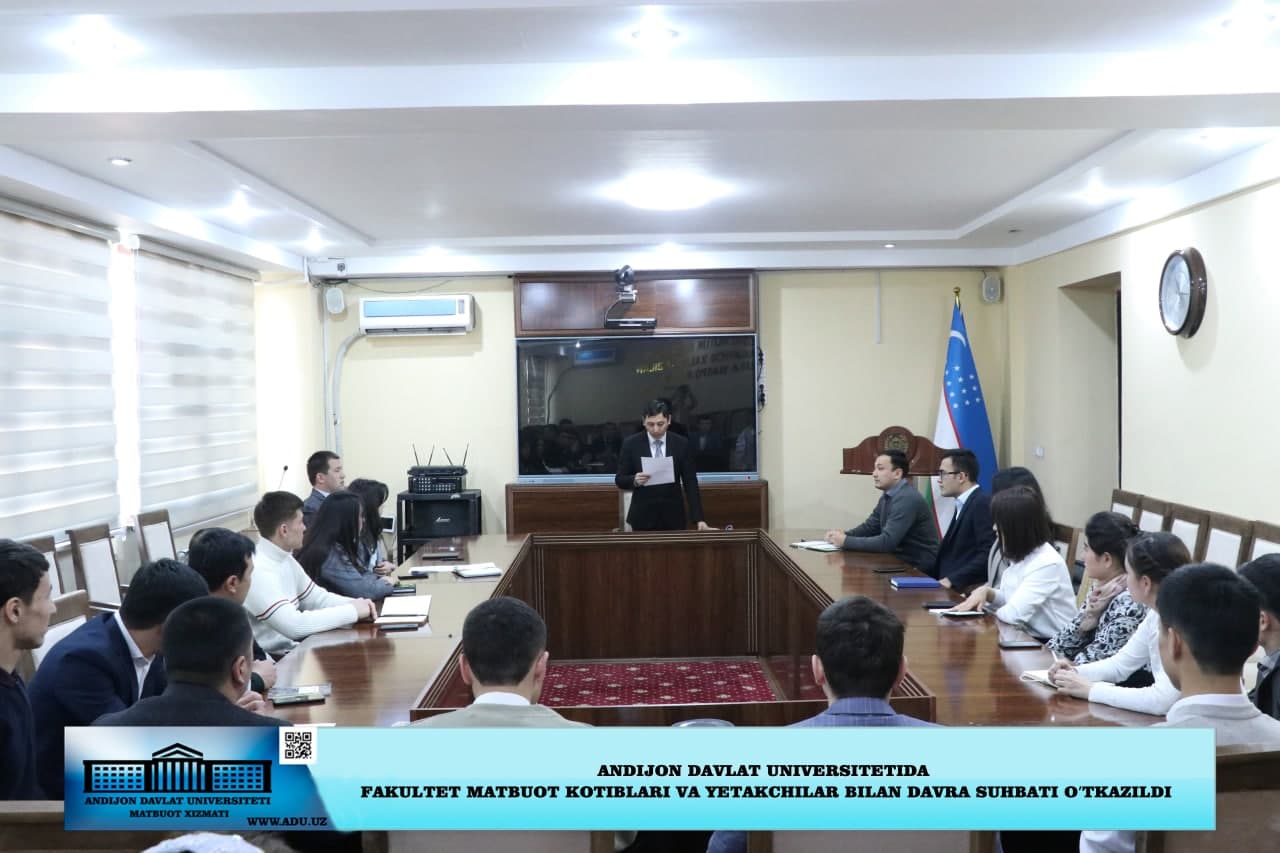 On February 19, in the small conference hall of Andijan State University, under the leadership of Vice-Rector for Educational Affairs Rustamjon Mullajonov, a round table meeting was held with the press secretaries and leaders of the Youth Union of the faculties. 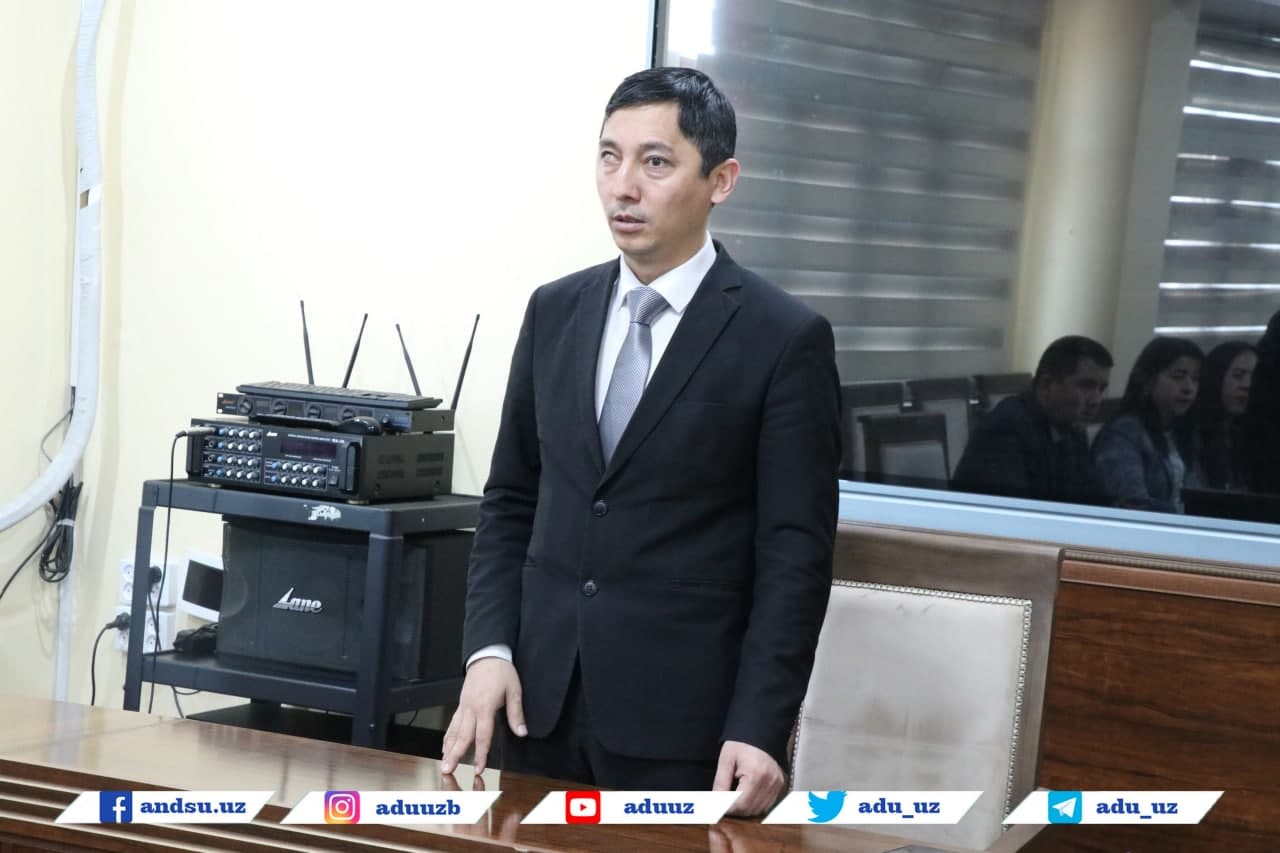 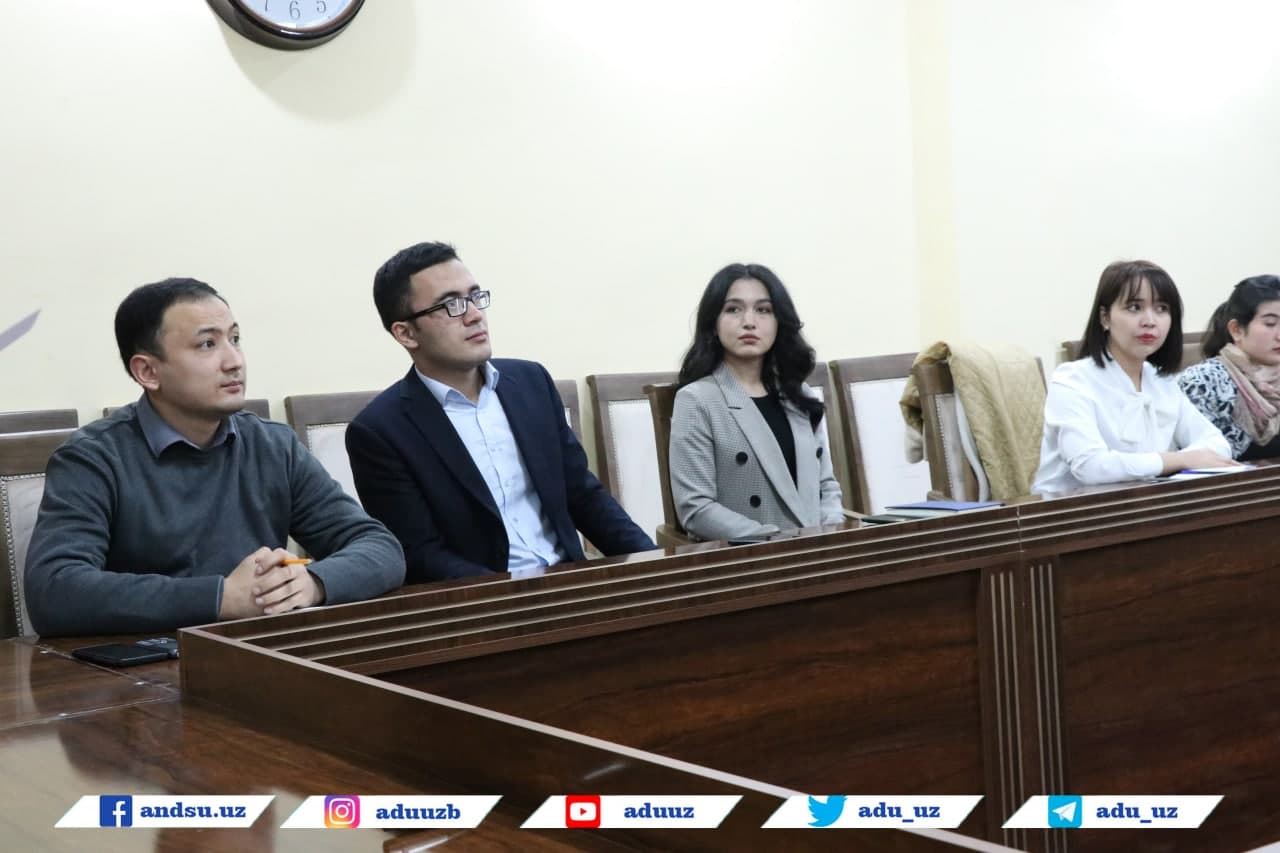 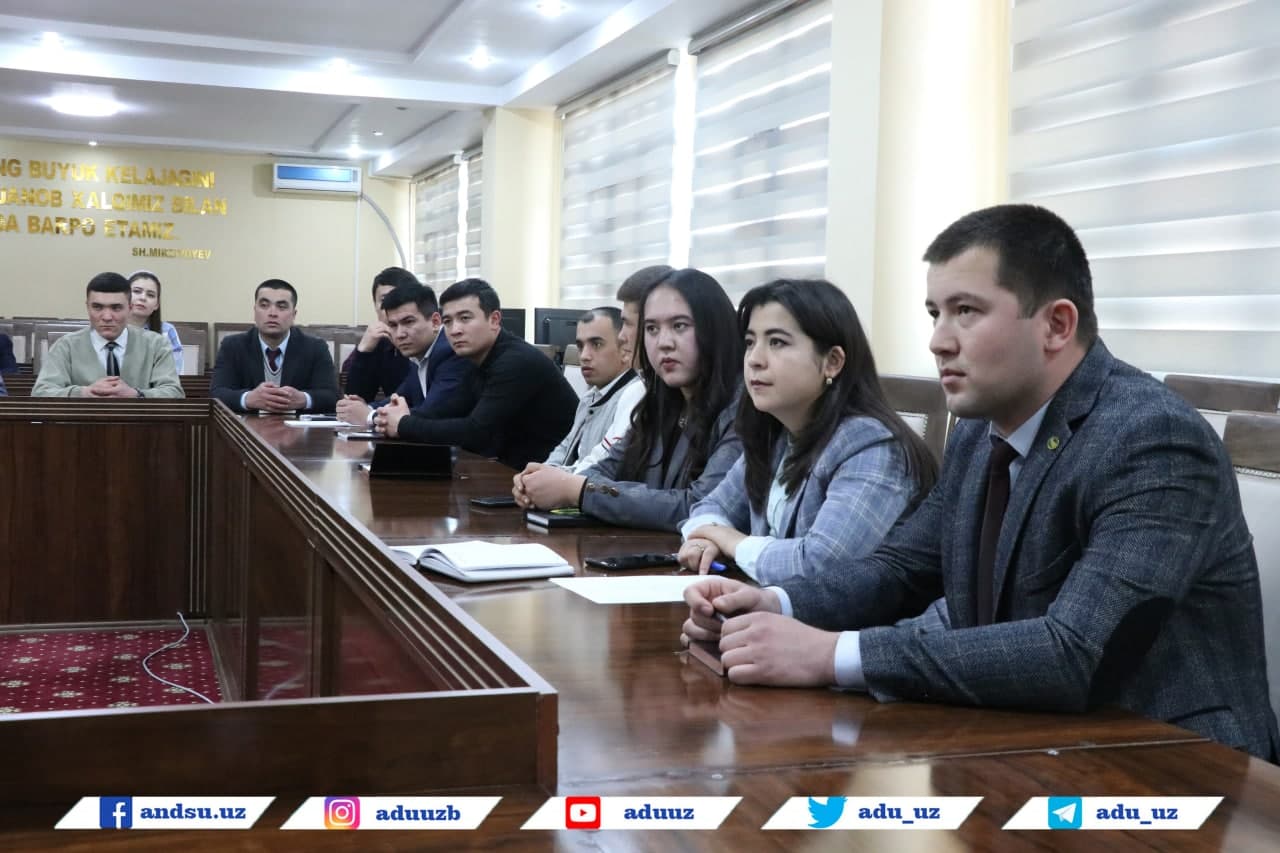 In his opening speech, Rustamjon Mullajonov advised the heads of the Youth Union of faculties and press secretaries to be more active and implement new projects so that students could spend their free time with meaning and benefit for themselves. 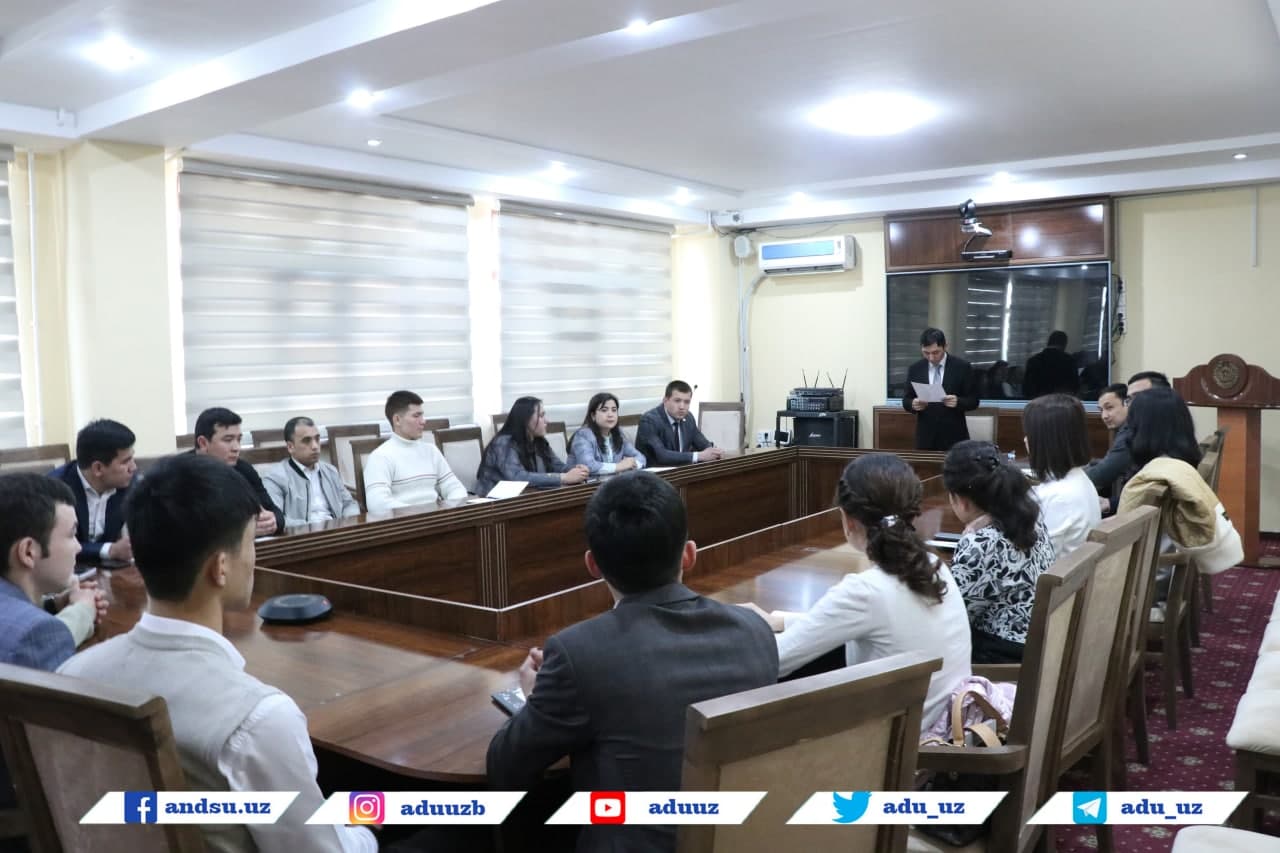 At the end of the conversation, I. Djumabaev and O. Olimzhanov said that measures would be taken to support the leaders of the organization and press secretaries of the university faculties. The participants received detailed answers to their questions from officials and noted the action plan for the future.