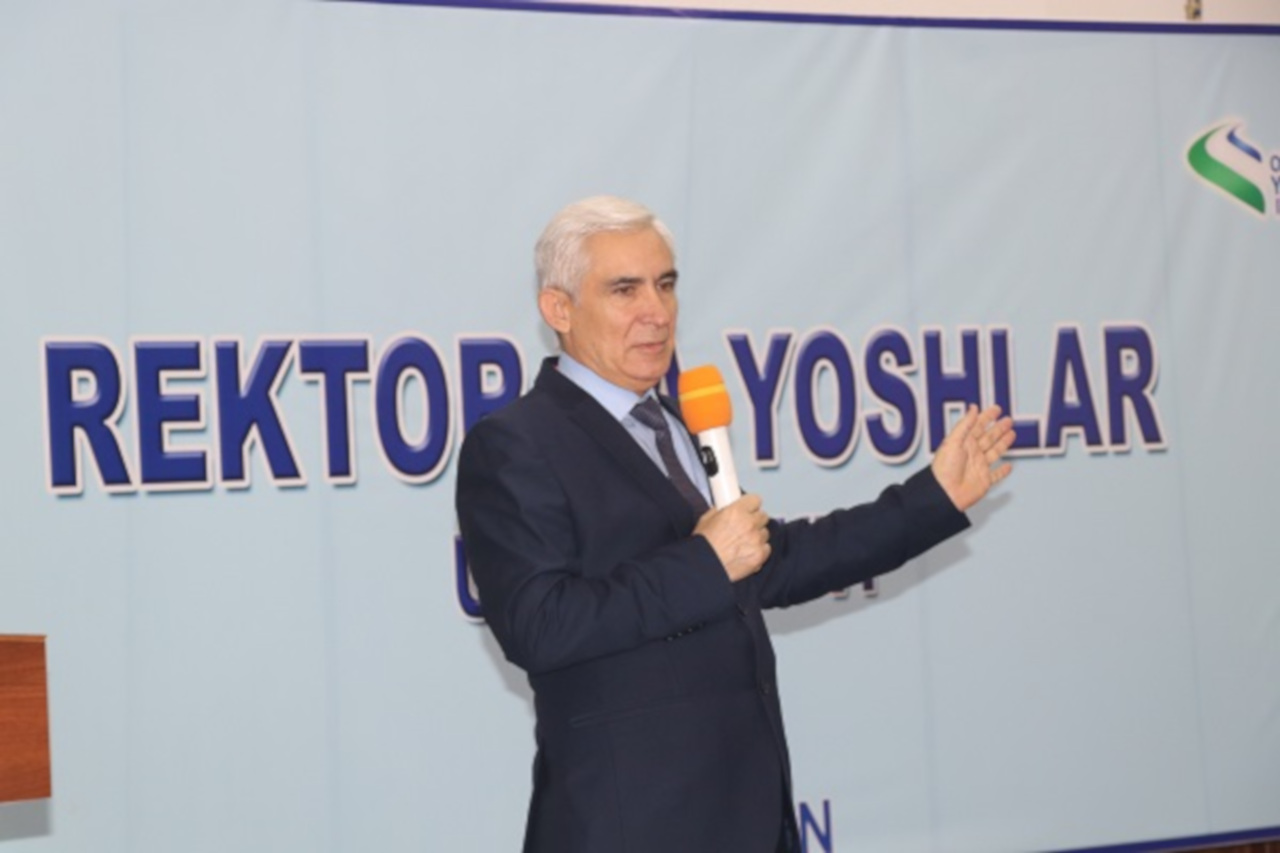 Today, the openness of state organizations and institutions is becoming a crucial issue.  Managers of all levels are assessed based on their face-to-face communication with the public, accountability, and study of issues and suggestions. 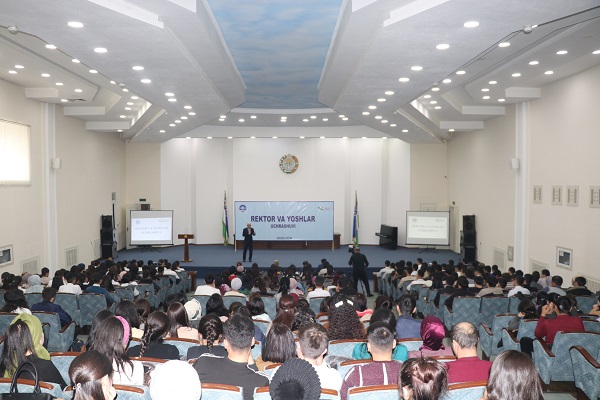 At present, important work is being carried out in higher educational institutions of the country, in particular, at Andijan State University.  On February 3,   the regular meeting of the rector and youth was held at Andijan State University.  The meeting was attended by more than 320 undergraduate students in Biology and Chemistry.  The meeting was held in an unusual, unconventional way, with no formalities. 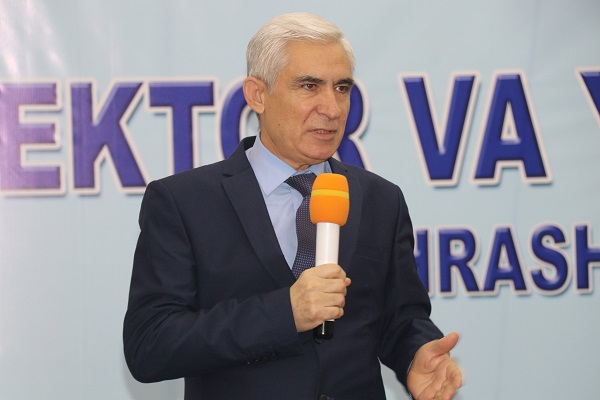 The meeting focused on two key issues: the implementation of important tasks outlined in the President's Address to the Oliy Majlis on January 24 of this year and meetings with scholars on January 31, and the transformation of higher education into an "corruption free area."  It has been studied what problems students have and what suggestions they have on these issues. 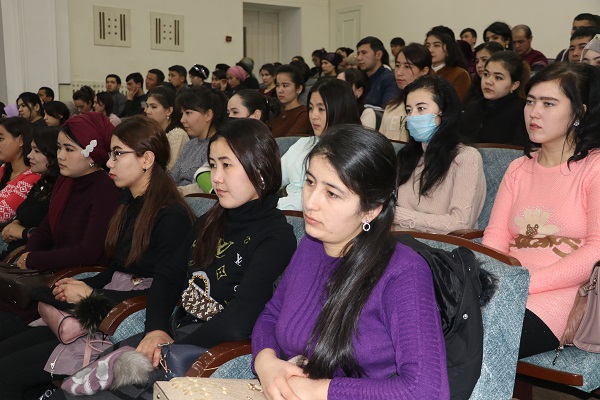 Rector of the university Akramjon Yuldashev made his comments on the above two issues.  In particular, the rector briefly summarized the essence of the address to the Oliy Majlis, highlighting the President's main focus on science, and meeting with scientists as a continuation of these ideas, the development of the economy  only depends on science.  The emphasis is that it sets the direction for the university administration and faculty.    The rector said: "Particularly with a focus on math, biology, and chemistry was one of the main reasons why we have a meeting today with undergraduate students in Biology and Chemistry". Referring to the university's efforts in combating corruption, he noted that the establishment of a direct bot to the rector had been successful.  In particular, it was reported that two teachers' contracts were canceled as a result of applications filed by this bot, and two teachers were on the verge of termination.  The rector also addressed the students and said that they would help in the fight against corruption by  providing accurate information in case of corruption, and that  corruption could be overcome with cooperation. 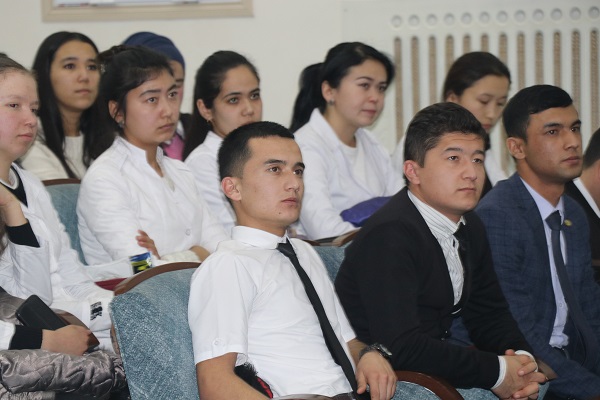 The rector then announced his readiness to hear proposals for two issues: the development of academic and scientific activities in chemistry and biology and the prevention of corruption. 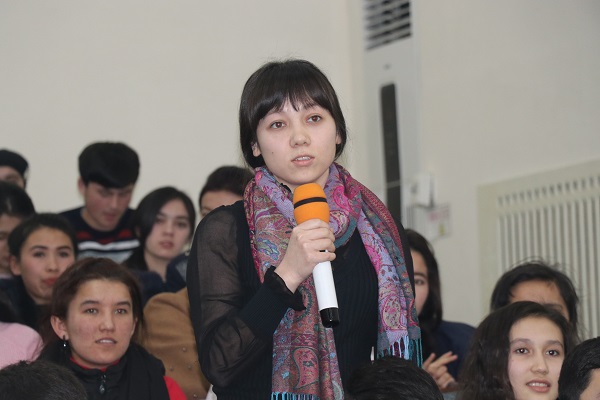 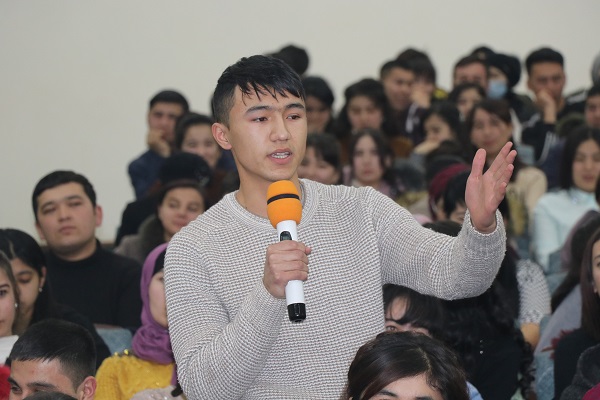 After that, more than 20 students commented and sent their questions.  During the meeting, many other questions and suggestions were asked such as sending students studying in biology and chemistry to the leading foreign and national universities, sending teachers for training in this area, translating foreign literature based on internal resources.  , the delivery of laboratory equipment, a five-day system of education, the development of a mentor-apprentice system, the creation of a database of problems facing industrial enterprises located in our region, and the organization of research on this basis, the restoration of the Museum of Zoology and Botany garden. 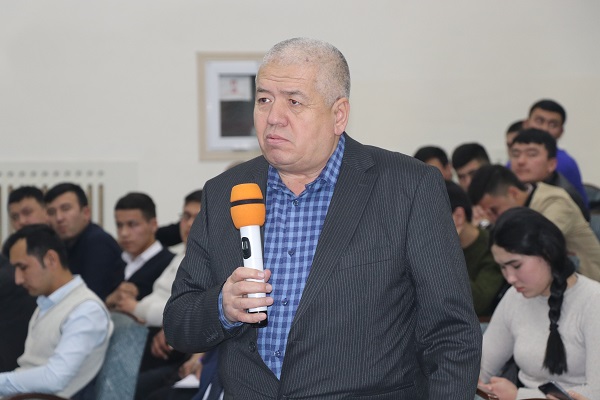 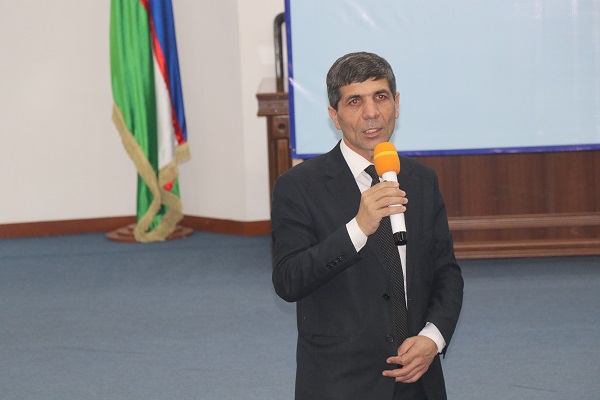 The talk, which lasted more than 2 hours, was very helpful and fruitful.  Students had the opportunity to speak about the challenges that they are facing to the rector and administration of the university.  Responsibilities were given to corresponding people on questions and suggestions. Positive solutions of the problems such as sending students to leading universities abroad and in our country, supplying radioactive materials for botanical and chemical laboratories, restoring the zoology museum and botanical garden, testing the introduction of a 5-day education, and extending the internship to April were planned. 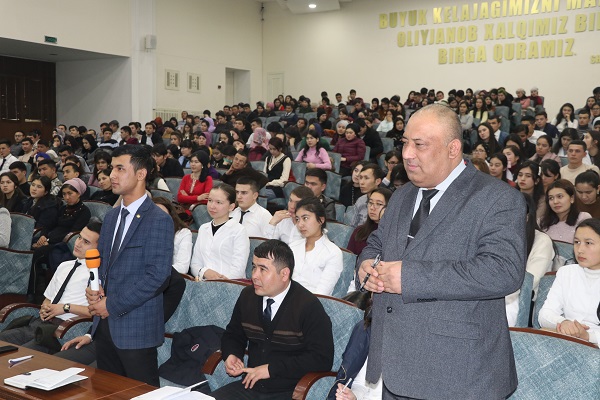 At the end of the meeting, the rector of the university and the student  scheduled to meet every day at 2:00 pm.